I was never a runner. Even in school I hated running laps in practice. During track season my friend Kenny and I used to cheat on our warm up laps because we didn't want to run. Until we got caught. Our argument was we throw shot and disc, doesn't require the ability to run, so why should we? We were prepared to debate this with the coach in standard debate league format: 3 minute opening statement, 1 minute for rebuttal, impartial judge makes the ruling. The coach decided we should run the full laps or not be on the team.

So it was odd last summer when I decided to try running at 49 years old. It was more accurately plodding or lumbering. A friend was training for a half marathon and it inspired me to see if I could run a half mile before having a stroke. I did it, barely, so the next night I went out again to see if I could go further.

It became a challenge for me to increase how far I could go each time I ran. Eventually I also saw it helping my blood pressure. Last November I ran my first 5K, I just recently ran my second.

The thing is, running isn't easy for me. I'm not a natural runner, I'm overweight and to be frank, I'm lazy. Sitting on the couch reading a book or watching a movie is my natural state of being. I do enjoy the challenge, but not the pain. This is what my body sounds like when I get up in the morning to run:

"Oh great the alarm is going off. Crap, another morning to go to work. This is a little earlier than usual . . . and hey, we're not getting into the shower. Why are we getting dressed already? These aren't work clothes either. Wait a minute. Shorts, t-shirt, running shoes . . . NO!!! Don't you do it! Don't do it! Oh no we're outside. Too early, it's still dark. Wait, we're moving. Ahh! Running! The legs hurt already, lungs are burning for air. What is wrong with you? You dirty, rotten traitor. Back to bed! To the couch! Please sit down and watch TV."

This goes on for the first mile. After that I fall into slow, steady rhythm and my body gives up complaining. At least until later in the day.

"Oh, you feel a little tendinitis in your foot? That's from running! Your knee is sore? Running! All your problems are from running! Stop! Repent! Pray at the altar of laziness and immobility."


Man, my body is annoying.
Posted by Ragnar at 3:58 PM No comments:

Game Show of the Future

Hi, I'm Dan Filibuster, host of "You're Too Old to Remember Shit". Our opening line tonight came from a famous sitcom. OK, contestants, ring in if you know the answer. 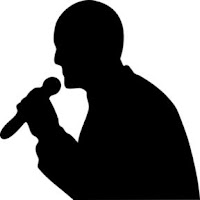 Posted by Ragnar at 4:11 PM No comments:

Kelly Osbourne, the colostomy bag of the entertainment world, opened her gaping maw the other day allowing a stream of bile to emerge and form what she considers a thought. Most of humanity would have considered it a turd made from an evening of too many turkey sausage tacos and flushed it into the sewer.

Kelly gave her thought the pet name Mr. Duh and then set him loose on The View:

“If you kick every Latino out of this country, then who is going to be cleaning your toilet, Donald Trump?”

The 8 loyal viewers of The View quickly put down their morning bacon and egg croissant to text, tweet and post about the insensitive thing that the famous-for-no-reason British twat had just said.

Kelly quickly sent Mr. Duh into seclusion while she dealt with the press, releasing a statement, NOT an apology: “I will take responsibility for my poor choice of words but I will not apologize for being a racist, as I am NOT.”

Miss Osbourne did not elaborate on what words would have been a better choice to say that all Latinos clean toilets for a living. The world waits with Cheetos-laced breath for her final dissertation on not being a racist bag of English gravy.

Kelly Osbourne also noted in her statement that she cleans her own toilets. This isn’t that surprising considering she is a toilet.
Posted by Ragnar at 3:27 PM No comments:

Glaciers Must be Watched

I was reading a news article today about how much the glaciers around the world have melted in the past year. The report was gathered by the World Glacier Monitoring Service (WGMS). This is a real organization; I’m not making it up.

Right under our noses, WGMS has been gathering and disseminating glacier news for almost 100 years. Where have we been for a century? What have we been doing while some guy named Brett has been staring at glaciers all day, writing down pertinent numbers and such? I don’t know for sure, I’m only guessing, but I see Brett having a thick, wiry beard and married to a lovely woman named Debbie.

The WGMS works closely with The United States National Snow and and the Global Land Ice Measurements from Space initiative.

These are real things people!

Monty Python had the Ministry of Silly Walks and the Society of Putting Things on Top of Other Things, but they were products of fertile imaginations, and again I’m only guessing, mounds of colorful, dried opiates.

The organizations I read about actually exist. Grown men and women work for and draw paychecks from them. They have health insurance and company picnics. Brett and Debbie bring her world famous organic deviled eggs with pimento and avoid Darryl from level 3 who collects ceramic birch tree figurines.

It begs the question, “How many more of these clandestine, arcane organizations are there?” Are people being paid to watch formations of sedimentary rock to measure how many micrometers it moves in a year? Do we keep track of the domestic take of all Tom Hanks movies to compare it to the overseas numbers for Morgan Freeman, looking for a correlation that would explain the continued popularity of Alec Baldwin? Is someone watching the growth rate of the mold in my shower? Because I’m sure as hell not.

Watch yourself my loyal readers (Cathy, Steve, Woody, Sylvia, Bernard, Larry). I’m not positive, I’m only guessing, but I think Brett has friends in middle-of-the-road places and they’re watching. And recording. And collaborating. And disseminating.
Posted by Ragnar at 3:54 PM 1 comment: