Put Me in Coach

The rock band KISS has recently bought themselves an Arena Football league team and named them after themselves, the LA Kiss. I did some research and found out they aren’t the only musicians getting into the sports ownership business: 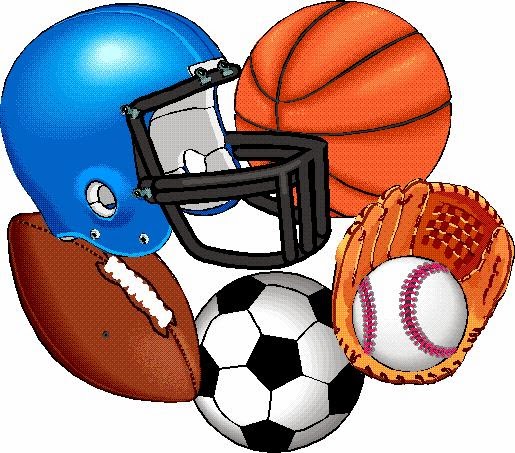 Lady Gaga and members of the Goo Goo Dolls worked together to purchase a minor league soccer team based out of . The Walla Walla Ga Ga Goo Goos are playing in their first season but struggling. Many fans are blaming their uniforms. The Gaga designed ensemble includes a loin cloth over a pair of metallic Speedos, blue and silver body paint in lieu of a shirt, cleats with six inch heals and pinched toes, and atop their heads a cap with a 3 foot replica of the space needle.

bad boy Steven Tyler purchased an independent league baseball team: The Plymouth Ak-Ak-Ak-Ows. Some of their promotional attempts to attract fans have had poor results: A free ounce of marijuana to the first 100 ticket holders ended with 100 arrests by police and “Lost in a Barbiturate Haze Night” sent 27 people to the local hospital. On the field, the team itself took a cue from its owner by tying multi-colored scarves to the end of their bats while hitting and there is 31% more crotch grabbing in an Ak-Ak-Ak-Ow game than in any other.

Pop songstress Taylor Swift bought a majority stake in a minor league basketball team, the Nashville Exes. The team started out strong, winning their first 8 games. Since then, however, has dated the entire starting five and an assistant coach causing a lot of hurt feelings and bad publicity. “I knew something was wrong on our third date,” said point guard Web “The Comet” Jordan. “All during dinner I was telling her about my favorite movies and she was writing a song chorus rhyming comet with vomit.” The team is currently riding a 13 game losing streak but has another number 1 CD with “Songs from ”.

Canadian rockers Rush have become the owners of a minor league hockey team, the Yukon Snowdogs. As lifelong fans of the sport, this was a dream come true for Geddy Lee, Neil Peart and Alex Lifeson. To help gain attendance the band wrote a team song that’s played before every game. The tune, titled “Epithet for a Dying Sport: Suite Bobby Orr, Opus 243 (Drop the Puck)” has caused consternation among fans however, as it is 23 minutes long with lyrics in three different languages as well as references to Tolkien’s The Silmarillion and ancient Indian myths. Hockey is never mentioned.

These are just a few of the examples I found. Bruce Springsteen has bought himself a professional dodge ball team, U2 own a third tier tetherball franchise and rapper Flo Rida has a jai alai team called the Or Lando Playas. The list goes on and on thanks to KISS.
Posted by Ragnar at 5:17 PM No comments:

The other day I watched a movie called Invisible Invaders. It was made in 1959 starring B movie stalwart John Agar and some other "so-you-think-you’re-an-actor" actors. I love these 1950s sci if movies. There's something about them that speaks to me, but let's be honest, on a competence level these are adults working at about a 3rd grade level.

This blog contains spoilers so if you were planning on watching this masterpiece on a special occasion in your warm pajamas with some soft brie cheese and a box of your favorite wine, stop reading NOW.

Invisible Invaders tells the heart warming story of a race of aliens that took over Earth's moon and now live there. Earthlings, with their rockets and nuclear bombs and easy bake ovens have become too advanced so they decide to conquer us. This is all told in one dull blob of exposition by one of the aliens to an Earth scientist. The alien is actually invisible but it inhabits the dead body of a scientist who’s played by John “I briefly had a respectable career” Carradine. The alien gives the scientist 24 hours to convince the world to surrender or be destroyed.

For some reason we humans refused to believe there were ancient invisible aliens living on the moon who wanted to enslave us. Go figure. The invasion begins with the aliens inhabiting dead bodies to wreak havoc on the world. They do this by setting fires and blowing up bridges and buildings. This being a film shot on a budget of $85 and a can of cheeseballs, this is all shown as zombies walking slowly on a sound stage followed by cut-in stock footage of firemen fighting a blaze or something blowing up. This movie is only 68 minutes long and 15-20 minutes is borrowed from other sources. The same images are used repeatedly. Intense, quality film making.

Something that bothered me was why they needed to inhabit the bodies at all. The John Carradine alien made a huge deal about them being invisible, so why make themselves visible? Why not pull all of your shenanigans while invisible? No explanation is given for this little question.

Eventually John Agar’s army major and two scientists end up locked in a military facility to protect themselves from the radioactive alien zombies. The scientists are tasked with finding a way to fight the aliens. The smarter of the two (and that’s not saying much since the other one has the IQ of a sea anemone) needs to study one of the aliens but that means capturing one. To engage this plan, John Agar needs to go outside among the radioactivity so he dons his protective suit which is a pair of painters’ pants and a bee keepers’ mask.

The first attempt to catch an alien goes awry so a second attempt is made. Agar has to take the dumber scientist out with him. When the doctor protests that there’s only one radiation suit, Agar assures him that the cab of the truck will protect him. I was expecting a thick, heavy military vehicle with a lead-lined cab. Nope, it’s Grandpa’s pick-up truck, the one he uses to transport the chickens to market. And let’s say for argument’s sake it does protect you from radiation, when Agar opens the door to get out, aren’t you now negating the protection by allowing radiation inside? Yes. Yes, you are.

The movie goes on for a while longer, ends abruptly and stupidly with more useless stock footage and sub plots never resolved. The important thing to remember though is that after the inevitable nuclear holocaust, the earth will be repopulated by the only survivors: painters, bee keepers and Ford F-150 owners. Very sad.
Posted by Ragnar at 5:31 PM No comments:

I Was Over There, Now I'm Over Here

I went away for a while, but now I’m back.

Please, please, the applause isn’t necessary. I’m glad to return . . . a standing ovation? That’s a bit much. Sit down.

Is that music? You hired a band to play for my return? Wow. I don’t know what to say. Yeah, they’re good, sounds a little like Aerosmith.

My God, champagne? Really, I don’t drink. Ok, to be polite I’ll have one glass.

Who’s that talking? The Mayor of the Internet? I didn’t even know there was such a person. He’s giving a speech about me? I don’t think that’s at all necessary, although, did he just use the word “aplomb”? Nice.

This was nice but now I have to . . . what now. A parade? That’s absolutely too much. Good God are those giraffes? Oh no, clowns. You know how I feel about clowns, get them out of here. What are they juggling? Live cobras? Are you insane? Well, yes, I admit they are putting on quite a show and the tall one is striking with his orange/blue Mohawk but, holy shit one of them just got bitten! He dropped the snake, someone stop the band! Tell them to back off, please. Stop the tuba players. Stop! You’re going to run into the clowns, look out. Shit! The snakes are loose! Cobras! Run! Someone help the French horn player, she’s stuck in a bass drum. Two more clowns are down, get the snake handlers!

Oh my God, where did that car come from? It’s running down the woodwinds and . . .  yep, there goes the last of the clowns. Who’s driving that thing? After party entertainment and it’s not just a car, but a time machine? Holy crap it’s a DeLorean. How did you . . . wait, someone is getting out, who is it?